“Being in the presence of these big professors and doctors and having the chance to dialogue with them has been really inspiring.”

Growing up at times homeless in South Central Los Angeles, the fourth of six children raised by a single mother, with no access to proper healthcare, you might say the odds were stacked against Oarteze Hunter. But those hardships, which might break most people, not only motivated Hunter – a first-generation college student – to pursue an M.D.-Ph.D., but to help others with similar upbringings. He has high hopes of paying it forward.

Hunter is pursuing science because he knows what it’s like to go without access to proper healthcare. He wants to make sure families in his old neighborhood don’t suffer any longer. He is working toward obtaining an M.D.-Ph.D. to eventually return to the South Central area and open an affordable healthcare facility. Hunter wants people to know that their background doesn’t define them– it can inspire them to beat the odds.

“I was accepted to multiple summer research programs but chose the Amgen Scholars Program because of the opportunities it afforded. It was important to me that the program offered a stipend, and I was happy with the location being not too far from home. The Amgen Foundation’s relationship with Stanford was also a big draw as this site had a mixture of M.D.-Ph.D. research programs.”

“I worked on treating osteoarthritis in the lab, looking at the breakdown of cells in the cartilage and trying to regenerate those cells artificially to hopefully transplant them into osteoarthritis patients one day. My job was to check the gene expression and see if they behaved as naturally occurring chondrocytes (cartilage cells).”

“This is another building block to help me bring accessible healthcare to South Central Los Angeles. It’s a big place. There’s one hospital and that’s it. You have to drive 30 minutes to get to it. I want to create a medical practice in a closer area in South Central to focus on communities of color who don’t have access to high quality healthcare. I want to get an education and then bring it back to the community.”

“The most rewarding part was being involved in cutting edge research at Stanford. Being in the presence of these big professors and doctors and having the chance to dialogue with them has been really inspiring.” 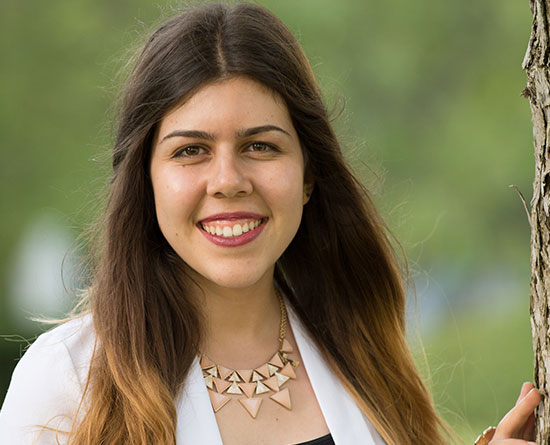