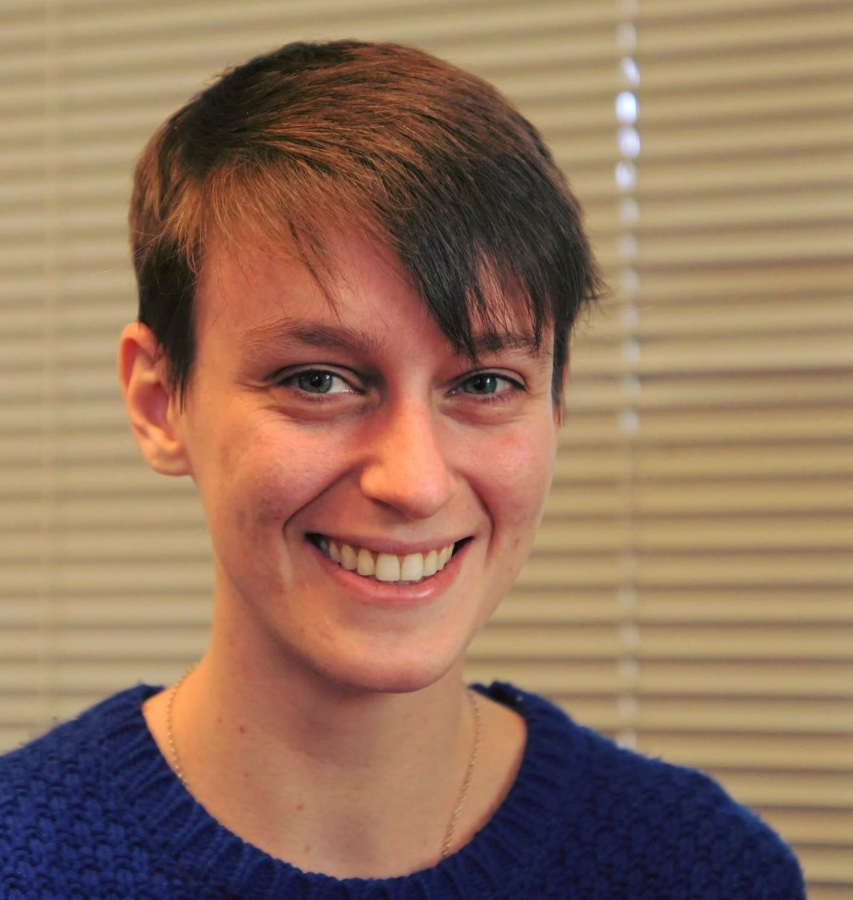 “Any time you build a connection with someone in your field, or a field you’re interested in, that’s networking,” says Isabelle Rosenthal, reflecting on what she has learned about networking since attending the Amgen Scholars U.S. Symposium at UCLA in 2015. Rosenthal, now a lab manager at the National Eye Institute at the National Institutes of Health (NIH), graduated from Wellesley College with a degree in neuroscience in 2016. She is now studying how humans perceive color.

Rosenthal shared with us her thoughts 2 years after her Amgen Scholars experience, including how the symposium prepared her for scientific conferences, what she learned at the symposium that she still uses now, and advice for this year’s cohort. (You can even read her “elevator pitch” to get inspiration for yours in advance of the symposium.)

Rosenthal: I’ve always thought that understanding the brain and how we perceive the world as some of the most fascinating topics you can study. In college, I took some neuroscience courses and decided this was something I was really interested in pursuing; the scientific approach to answering philosophical questions about the nature of experience was very appealing. I also have always enjoyed drawing and creating art, so a lab like this one at NIH that studies the neuroscience of color was very much at the intersection of my interests.

Rosenthal: Color is important to study because it plays such a large role in how we interact with the world around us. It assists in object recognition, assessing time of day, and providing social cues; for example, seeing another person blush is a quick, color-mediated way to learn social information about them. Color is also useful as a model system because understanding how photoreceptor signals from the eye are transformed into impressions of colors can also provide information about how other sensory modalities are processed.

What was your favorite part of the Amgen Scholars U.S. Symposium?

Rosenthal: My favorite part of the symposium was getting to meet with all the other Amgen Scholars. At the networking event, we were all grouped by topic and did round tables discussing our work and the work of others. It was fascinating to hear about what the other students were doing and rewarding to be able to explain my research in a clear way.

What did you think “networking” was before you attended the ASP symposium and how has that changed in the 2 years since?

Rosenthal: My impression before the symposium was that networking was a very official, systematic activity. Since the symposium, I’ve realized that anytime you build a connection with someone in your field, or a field you’re interested in, that’s networking. A meaningful conversation is networking, even if you didn’t set out with any goals at the beginning of the conversation to get something out of the other person.

Since the symposium, have you attended any scientific conferences and if so, did the ASP symposium help prepare you for them?

Rosenthal: Since the symposium, I’ve presented at the SANS (Social and Affective Neuroscience Society) conference. I was first author on a poster, and my Amgen Scholars experience gave me a better sense of what to expect, as well as practice explaining my work in a clear way to other people.

Did you learn anything at the symposium that you still use a lot or consider a lot now?

Rosenthal: The idea that you should be able to do an “elevator pitch” for a project – in other words, be able to explain it in 3 minutes or less – is definitely something that’s stuck with me. If you can’t explain your research succinctly, you’re not going to capture anyone’s interest.

So what was your elevator pitch at the Amgen Scholars U.S. Symposium?

Rosenthal: It was basically: “I’m working on a project examining theory of mind – essentially how people think about other people’s thoughts. We have a task requiring participants to learn over time about the beliefs and intentions of another person, and use that information about what that person is going to choose. By pairing the task with neuroimaging and behavioral modeling, we can see how people – especially people with autism who are known to be impaired in theory of mind – compute these representations differently.”
(When I applied to Amgen Scholars, I was working in a social cognition lab, doing work on how individuals with autism represent the thoughts of others.)

What advice do you have for new scholars about to attend this summer’s symposia?

Rosenthal: My advice would be to relax and enjoy the opportunity to talk to so many different people in biology and biology-related fields. It’s a great way to talk about your research to others in a safe environment, and it’s best done if you do not just talk to the other students from your host school.

Is there anything you wish you could have done differently in preparation for or during the ASP symposium?

Rosenthal: There is nothing I especially wish I could have done differently. I think the main thing is that you want to come with a good sense of what you’ve spent your time on this summer, and how the project is important in a larger sense. What helped me feel prepared at the symposium to explain what I was doing was that I had been paired in my lab with a great postdoc who really gave me a lot of ownership of the project. So, I understood what I was doing and was ready to explain it to others.

Is there anything else you would like to add about your symposium experience?

I guess the last thing I’d like to add is that the symposium is a great way to get an idea of different ways to apply scientific knowledge, whether it’s in industry or in academia. What I understood from the symposium is that academia isn’t the only option. I’ve always been interested in getting a Ph.D., but it was good to know that where I go from there is less prescribed than I thought.