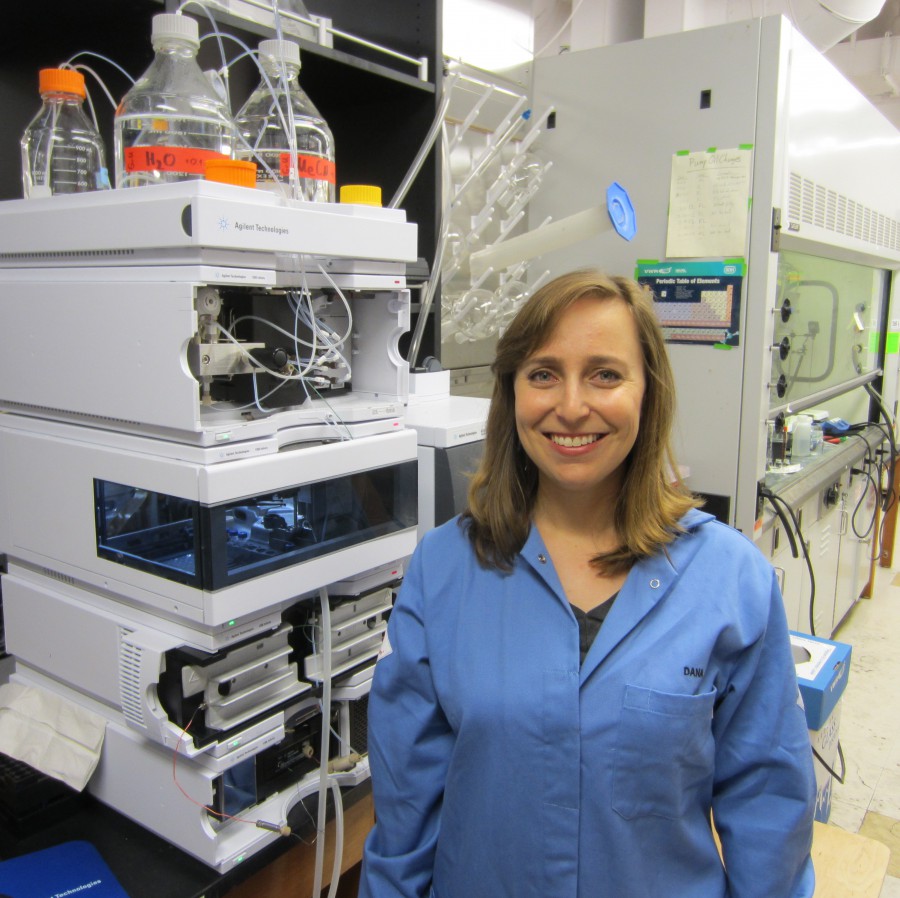 For new Amgen Scholars thinking about the next 10 years, it might feel nearly impossible to imagine where they’ll be. Perhaps their research will lead them to academia, perhaps a biotech startup, perhaps policy – the options may feel endless. This unpredictability resonates for one alumna who was part of the first cohort of the Amgen Scholars program in 2007 and took an unexpected trajectory to where she is now.

“Had you asked me as an Amgen Scholar looking forward at my career, I couldn’t have foreseen all the things that I would work on,” says Dana Levine, who is now a postdoctoral fellow at Caltech where she is developing drug-loaded nanoparticles for treatment of intracranial cancers such as glioblastoma and metastatic breast cancer. Although she has taken an academic path, it has been anything but traditional – as she has moved between various disciplines to create research that combines her passions, working where she will have the biggest impact.

As an undergraduate student at Caltech, Levine conducted research at the NASA Jet Propulsion Laboratory where she designed luminescent lanthanide sensors for detection of bacterial endospores, which are among the most resilient forms of life on Earth. The Amgen Scholars Program gave her the opportunity to continue her work in the labs of Adrian Ponce at JPL and Harry Gray at Caltech.

“It was the first year the program was offered, and I was thrilled to be accepted – not only for the support of the research but also for the opportunity to meet other Amgen Scholars and interact with scientists in academia and industry who were doing medically applied research,” she recalls. “Having exposure to people working through biomedical problems at all of the different stages – from the initial development and testing to ultimately bringing therapies to patients – was really fascinating to me and informed what I wanted to do in the future.”

From that point forward, Levine knew that she would focus on using chemistry to tackle challenges in medicine. Her journey would take an unusual path – from fieldwork in the Atacama Desert of Chile (an Earth analog for the Martian surface), to bioinorganic chemistry research in the Bay Area, and back to Caltech to develop nanomaterials for drug delivery.

“No other projects in my graduate lab at Berkeley involved biological applications,” she explains.  “With my experience in conducting interdisciplinary research between JPL and Caltech, I felt confident in my ability to apply the inorganic chemistry tools of Jeffrey Long’s lab to solve challenges in biology and medicine.”

During her Ph.D., Levine collaborated with Nobel Prize-winning neurologist Stanley Prusiner (UCSF) on work to purify the infectious prion protein, which may aid in the development of diagnostic tests for neurodegenerative diseases. Levine also initiated a new project where she developed metal-organic materials for drug-delivery applications. Levine is now a postdoc in the lab of Mark Davis at Caltech, using engineering strategies to “design nanoparticles that will target sites of disease and provide localized therapy,” she says.

In addition to her research, Levine is also actively involved with the California Alliance for Graduate Education and the Professoriate (AGEP) program. An NSF-funded coalition of four universities in California, AGEP is designed to encourage underrepresented minorities to pursue research-oriented careers through workshops and professional development opportunities. Herself Mexican, Levine learned that AGEP was offering a postdoc fellowship and eagerly applied. She has been enjoying getting to know the other fellows in her cohort at Caltech, and she has also helped organize events as part of the Diversity in Chemistry Initiative on campus.

“Every time we advance in our careers from one level to the next, there are new challenges and new ways we have to think about our research and our role in the scientific community,” Levine says. “And preparing for that next step can be daunting for anyone, but I think for underrepresented scientists, it can be harder to see ourselves at the next step.” That challenge stems from a historical lack of minorities in similar positions. She says that sharing experiences and hearing from mentors and colleagues in the field is extremely valuable.

Ten years out from her Amgen Scholars experience, Levine says her biggest advice to other Scholars is to allow their research goals to grow and evolve, wherever they lead. “I recommend that they think deeply about the questions that excite them and the problems they may want to work on, while keeping an open mind and taking inspiration from new experiences.”