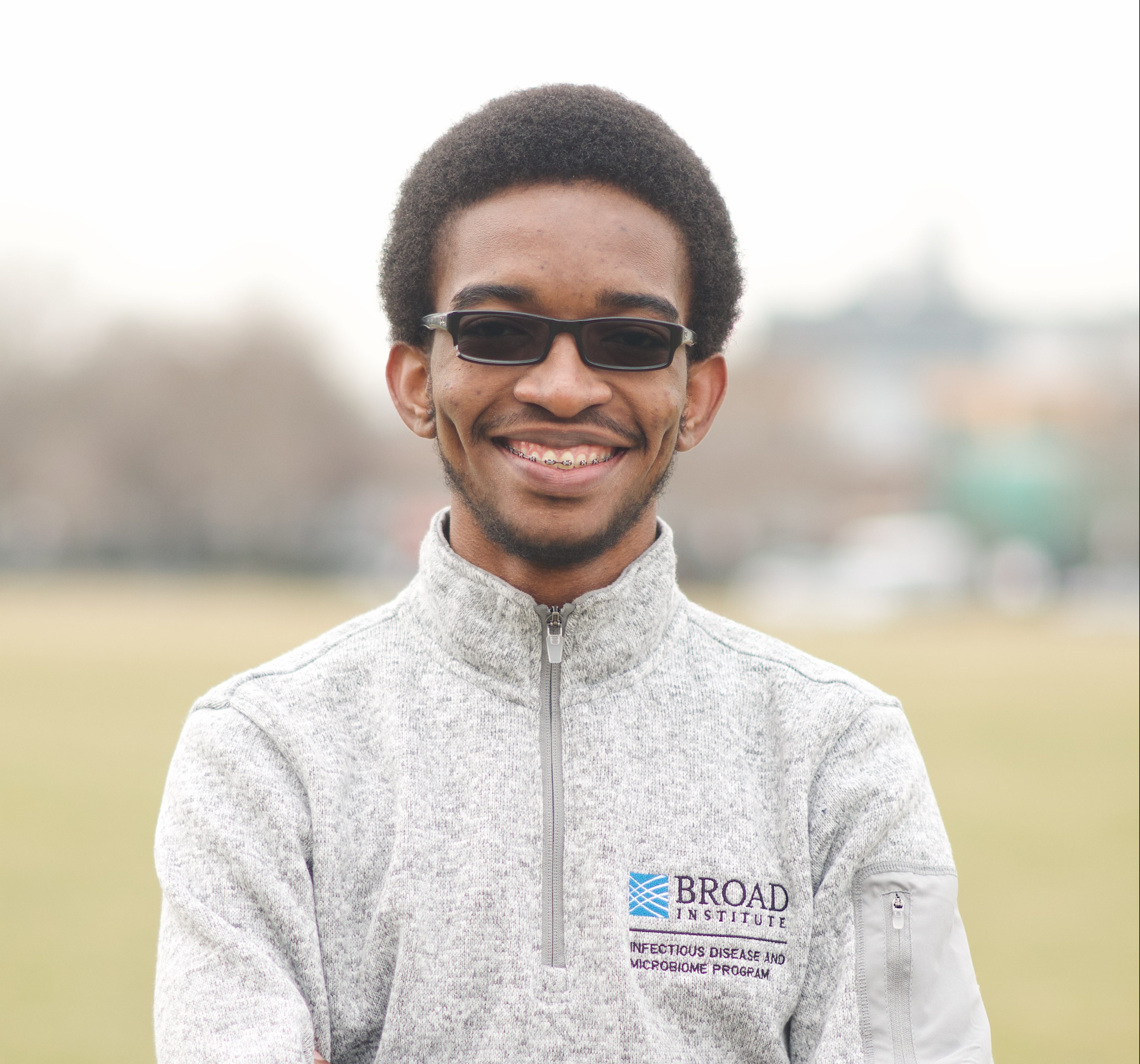 When his lab work went virtual in the spring and summer of 2020 due to the COVID-19 pandemic, Desmond Edwards was adamant that he would find in-person research opportunities. Mission completed: This past summer, after a year of waiting, Edwards participated in the Amgen Scholars Program at Caltech, a site that was able to hold the program in person this year.

“The ability to meet up as a cohort with food, music, and games at the end of a long day or week was absolutely unmatched and a most welcomed improvement over the past year and a half,” says Edwards, who was a deferred Scholar from 2020. “It was absolutely brilliant getting to meet and interact with everyone, whether the other students in my cohort, my lab members, and even faculty.” He was especially happy to broaden his scientific and personal networks, as well as to get hands-on experience in the lab.

After three years of in vitro lab work in MIT’s Lamason lab as a biological engineering and biology major, Edwards wanted to gain in vivo experience, in animal tissues. His work as an Amgen Scholar included learning how to extract dorsal root ganglia from the spinal column in mouse tissues. The work was part of research on new gene therapies to treat Rett Syndrome, a rare genetic neurological disorder that primarily affects girls.

Edwards has a keen interest in infectious diseases, something that started from a young age. “Growing up in Jamaica, most of my exposure to science was in the form of medicine, especially because I was an extremely sickly child,” he explains. Diagnosed with severe asthma at age 2, Edwards was vulnerable to illness from as little as a slight increase in airborne dust or emotional stress, in addition to viruses.

“Spending all that time with doctors and on all different kinds of medications, I naturally started to become interested in understanding what was happening to me and why all these colorful liquids and pills would often make me feel better,” he says. “I was not only pushed to understand these phenomena, but also to help mitigate them so that others would not have to go through similar experiences.”

As he got older, Edwards realized that scientific research would be a natural next step. With no opportunities in biological engineering research available to him in Jamaica, he came to the United States to pursue his path. When he learned that the Amgen Scholars Program provided not only funding but also direct opportunities to study at a new institution, he was immediately interested.

“Even, and especially, in the U.S., a significant portion of the population is not reasonably equipped to parse the hundreds and thousands of new pieces of primary literature being published daily, and as such, it is our role as researchers to be the bridge between our science and the public.”

One disappointment for his Amgen Scholars experience was that the Global Symposium could not take place in person this year. However, Edwards found value in the virtual event, especially meeting scientists like Karine Gibbs at the University of California-Berkeley who gave a faculty seminar. He was interested both in her research on bacterial self- and non-self-identification, as well as her personal journey.

“Especially exciting to me was when I discovered that Professor Gibbs not only had Jamaican heritage but that she was also born in Jamaica,” he says. “It was a brilliant experience getting to connect with a fellow Jamaican microbiologist.”

Edwards also appreciated the talk Giles Yeo gave on communication science to lay audiences. “This is an issue I personally grapple with whenever I return home to Jamaica and am asked about a wide range of scientific concepts, from vaccines to GMO crops, with far-reaching societal impacts,” he says. “Even, and especially, in the U.S., a significant portion of the population is not reasonably equipped to parse the hundreds and thousands of new pieces of primary literature being published daily, and as such, it is our role as researchers to be the bridge between our science and the public.”

After he graduates this spring, Edwards is planning to go to grad school, potentially in immunology or microbiology/virology. He ultimately wants to combine his passion for biomedical research with public policy and development of novel therapeutics. Amgen Scholars, he says, has greatly supported this vision through “the broadening of my scientific experience, as well as by connecting me with lifelong friends, mentors, and peers.”