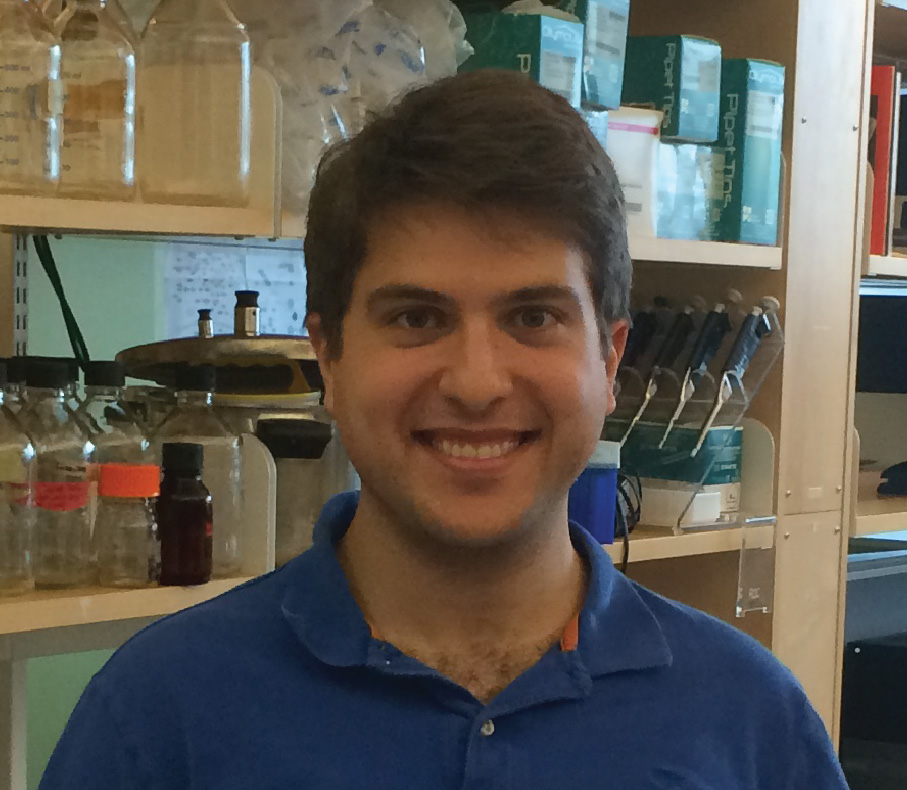 If you asked me ten years ago whether I would be studying the sugary fuzz that covers the outside of cells, I would have laughed. I was interested in psychiatric diseases and the brain. But when I saw a picture of this fuzz — what we call the glycocalyx — during my first year of medical school as an MD/PhD student, I realized that these sugars connect cells with their environment and could be the key to understanding disease.

I approached Richard Cummings, one of the founders of the field of sugar biology, or glycobiology as we call it, and was fortunate to join his lab, now at Harvard Medical School, to pursue my PhD. The sugars that coat the surface of cells provide a code that is recognized by specific proteins and translated into cell functions such as proliferation or migration. Our lab and others have developed technologies and initiatives to decode this so-called ‘glycocode.’ Amazingly, we have found that it is drastically altered in diseases such as cancer and colitis.

When I got to the lab in 2012, it was unclear whether changes to the glycocode were just markers that were secondary to disease or actually driving disease biology. If we could tease apart these possibilities, we might reveal a sweet new disease target. I set out on this ambitious task with wonderful mentorship and collaborators.

The Annual Meeting of the SFG (Society for Glycobiology) is the main conference that brings thousands of glycobiologists together. In the third year of my PhD when I finally cracked the glycocode for intestinal disease, I wanted to present my work at the SFG meeting. Fortunately I was awarded an Amgen Scholars Travel Award to do so this past December in San Francisco. I presented our findings that a particular class of sugars, or glycans, is critical to building a healthy gut lining and preventing disease: Removing them causes harmful microbes to take over the gut. This work, which we are excited to publish soon, addresses a longstanding mystery of why glycans are altered in colitis and cancer.

Our findings are only the tip of the iceberg. The conference featured many examples highlighting the importance of sugars in biology. We learned about the dynamic interplay between pathogen and host glycans. We also learned how creative chemical, genetic, and biochemical approaches were revealing the role of glycans in health and disease and in turn how engineering glycans on biomolecules is improving biopharmaceuticals. New work presented at the meeting also illuminated the diverse impact of glycans: how attaching specific sugars to proteins helps control their activation within a cell; how cell-surface sugars maintain the homeostasis of tissues; and how tagging secreted proteins with sugars affects the age of the proteins. In short, we learned that glycans regulate physiology and disease at all levels of scale, from the atom to the organism.

I spoke with scientists from around the world, exchanged ideas, and set-up future collaborations. People were excited about my poster and our discoveries and wanted to know if glycans regulate other diseases and organs through similar mechanisms. We will explore these issues and continue our efforts to crack the glycocode. My journey through the sugary fuzz has taught me that good mentorship, collaborations, and friendship can lead to the sweetest of discoveries and that unveiling the mysteries of disease is possible with creativity, commitment, and incisive logic.

Matthew Kudelka is currently a student in the Emory MD/PhD Program in the lab of Richard Cummings, who recently moved to Harvard Medical School. Matthew graduated with an undergraduate degree in biochemistry from Columbia University in New York in 2010.

Matthew was a 2009 Columbia University Amgen Scholar in the lab of Holly Moore. His work investigated the mechanisms contributing to adolescent brain adaptability and the onset of psychiatric disorders. His experiences in the program inspired him to pursue biomedical research in order to reshape human health, a motivation he still possesses today.