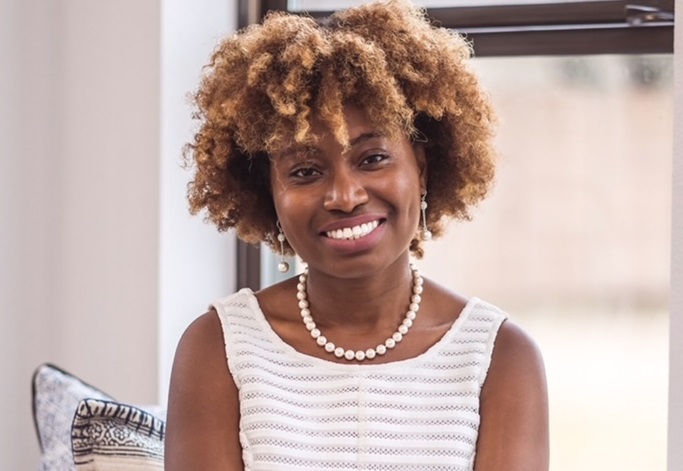 Even though Porscha Showers grew up in a “science household,” she never envisioned herself in a medical research role. Her dad worked as a lab chemist for a pharmaceutical company, and her mom was a nurse practitioner and then a registered nurse, but she found medical research to be “boring.”

Now a senior medical scientist at Gilead Sciences, this Amgen Scholars alumna has worked  on everything from breast cancer research to COVID-19 throughout her career. A focus of Dr. Showers’ work is healthcare disparities, an interest that came into sharper view as an undergraduate at Xavier University of Louisiana, an Historically Black College and University.

“All of our studies focused on healthcare disparities in people of color,” says Dr. Showers, PharmD, RPh, AAHIVE. “There have been multiple incidents of people of color receiving subpar care compared to the majority. Working for a company now whose therapies mostly impact people of color gives me more meaning that I am helping people who look like me live better lives.”

The COVID-19 pandemic has especially highlighted disparities among minorities, she says. “Minorities are often disregarded in the healthcare system, and I think COVID has revealed this.  If I can make a difference in the way a patient takes a medication, thinks of their health, or interacts with a healthcare provider, I have made a difference.”

Dr. Showers’ Amgen Scholars experience at Howard University in 2009 helped give her a new perspective on the impact she could have: “People who look like me can make a difference in science and in the community,” she says. “My path wasn’t changed, but it was enhanced by the Amgen Scholars Program and influenced by my class and the program scientists who invested in me.”

She points to the success of her Amgen Scholars cohort in pursuing advanced degrees and careers that make an impact in their communities. “When you surround yourself with others who have a common goal, it pushes you to do better,” Dr. Showers says. “Even though we were only together for a few months, we left a lasting impression on each other to go out into our communities and make them better.”

After her Amgen Scholars summer, Dr. Showers went on to do a research program at Wake Forest University in breast cancer. “Some of the things I see in my current role, I saw in research first,” she says.

After graduating from the Xavier University of Louisiana College of Pharmacy, she took a position within the Arizona Oncology network as an Oncology Research Pharmacist, followed by work at a hospital as an inpatient clinical pharmacist, and then several roles at Aetna Medicaid, where she rose through the ranks.

Before her current role at Gilead Sciences, she also worked for Eli Lilly as an evidence and outcomes liaison. The past year has been a big shift in her work, full of Zoom calls instead of the usual travel she does to talk to various value based decision-makers regarding the value of the company’s portfolio and potential real-world research collaborations. She is excited by Gilead’s newer work in oncology and COVID-19. “It has been an extremely busy time with not only learning a new disease state, but also fielding questions, presentations, and new clinical trials demand.”

Along her path, Dr. Showers says that she has learned to “be open to whatever comes your way” and to not “be upset when things don’t go your way. Sometimes you have to go where you don’t want to go to get to where you want to get to.”