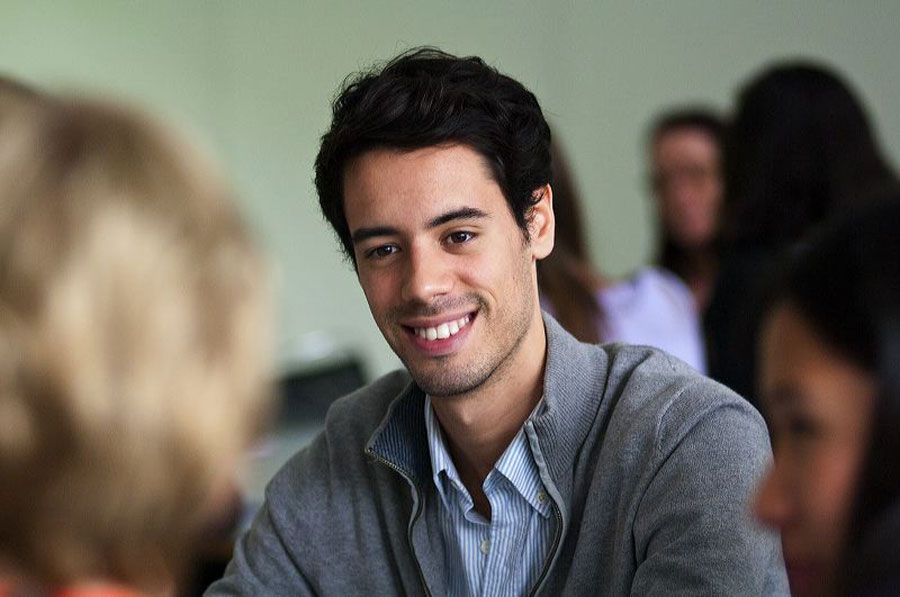 João de Oliveira Conniot was 5 years old when his parents gave him his first toy microscope for Christmas. Every year after that, he asked for a microscope or telescope, hoping that technological improvements in the toys would allow him a sharper view of his samples. To Conniot, everything was a potential sample: he caught flies, and even once pricked his finger to get a closer look at his own blood.

That curiosity has stayed with him and fuels his career goals.  “I always wanted to be a professor and academic, because they are always studying,” he says. “I can’t imagine my future without learning new things every day.”

Conniot’s project set out to characterize the cellular environment in autoimmune diseases such as systemic lupus erythematosus (SLE) and rheumatoid arthritis. In SLE, self-reactive plasma cells invade kidneys and other inflamed tissues and produce antibodies that attack the body, causing symptoms to worsen.

Plasma cells may make an interesting therapeutic target, says Conniot, but first researchers need to know whether other cells or factors in the environment help sustain them.

It was an invaluable experience working with the scientists at Cambridge, says Conniot, who is completing a master’s in pharmaceutical sciences at the University of Lisbon. “It was like living in a dream,” he adds. “Sometimes I was pinching myself when I was there.”

Whereas in Portugal receiving an antibody for a project could take two weeks, at Cambridge the reagent might arrive the same day you order it.  “You can do so many experiments in a day or two,” he says. “Here in Portugal if you wanted to do the same experiment it would take weeks,” because of limited access to the proper equipment.

At Conniot’s home university, funding is also difficult to obtain, he says. Conniot worked for two years in Ana Bettencourt’s lab, and his second year he was able to get a grant for his research. As part of her team, he worked to develop nanoparticles that deliver antibiotics, and incorporate these into bone cement that is used in orthopedic prosthetics.

“He’s very balanced,” says Bettencourt, professor of pharmaceutical chemistry. “He has good marks but that’s not the whole issue. He knows what he wants, he’s very organized and he’s not afraid of problems. He’s very patient, which is very good for research.”

Conniot plans to pursue a doctoral degree, and the infection and immunity program at Cambridge is among his top picks. He plans to start in 2013, and spend his gap year working in a community pharmacy. He is most excited to teach, however. “When you teach people, you give a bit of yourself to them. You can share with them the things you’ve been learning,” he says.

The size and pace of science happening at Cambridge came as a pleasant surprise to Conniot. When he arrived, he was amazed by the six-floor science building, equipped with a huge media kitchen and a materials store. Science labs and buildings are much smaller at his home university, he says.