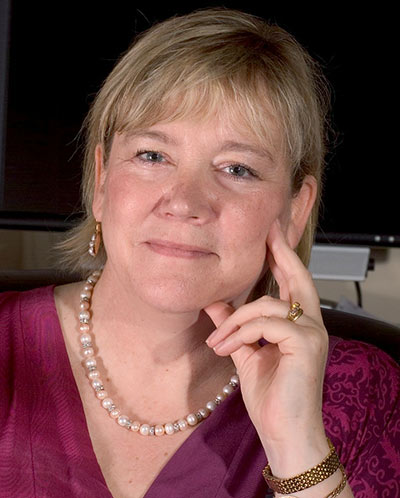 In fact, she dropped out of high school when she was 15 and got a job as a lab technician, washing glassware and feeding animals. “Mucking around with test tubes and chemicals was fun,” she recalls. Eventually she got to do experiments and got hooked on science. Her first mentors in the lab opened her eyes to the possibility of going to college and doing research as a career.

Now Samson leads a large team that studies how cells respond to alkylating agents, toxic chemicals found in chemotherapy treatments and the environment.

Samson has mentored six Amgen Scholars, many who visit from other universities. “Professor Samson has a really interesting story, and it resonates for me,” says Alexis Fischer, an Amgen Scholar who spent the summer of 2009 in Samson’s lab. “I really respect and admire her.”

With the help of her postdoc mentor, Fischer learned basic lab techniques such as pipetting in Samson’s lab. “I wouldn’t be where I am today without the experience,” says Fischer, a doctoral student in the MIT/Woods Hole Oceanographic Institute Joint Program. “It was intense at times, but I learned a lot and it’s definitely helped me to this day.”

One of Samson’s own most important mentors was her PhD adviser at University College London, UK, John Cairns, a British physician and molecular biologist who made pioneering contributions to molecular genetics and cancer research. In particular, he was famous for his 1963 study showing how bacterial chromosomes replicate. Despite his accolades, he remained approachable to Samson and other students. “He taught me a lot about how to treat people and how to be rigorous scientifically. That’s what I try to emulate,” Samson says.

For example, when Samson asked Cairns questions, he’d view them as an opportunity to teach. “That was very liberating,” she recalls. “I could say, ‘I don’t know anything about that,’ and it would be a positive thing.” She says she tries to do the same for her undergraduates.

Taking in visiting Amgen Scholars — who are often learning lab techniques for the first time — is Samson’s way of paying back opportunities she’s been given. Rather than focusing on one small part of the experiment, undergraduates in her lab get a sense of study design and feel ownership. Many experiments do not work, as is often the case in research, but those that do make important contributions and get published, she says.

Including undergraduates in the lab is also a source of personal satisfaction for Samson. “One of the things I love is having people from all different levels in the lab,” she says. “I like the dynamic of all different stages of education and discovery, and watching them help each other.” Undergraduates bring a freshness to the environment, and they ask good questions. “Sometimes the questions that come out of left field from someone who doesn’t know the area are the ones that make you think the hardest,” she says.