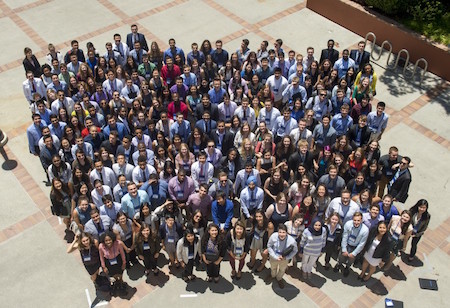 A decade ago, the Amgen Foundation announced its commitment to educating the next generation of scientists through the new Amgen Scholars Program. Since then, the program has grown in numerous ways, expanding to 17 host institutions in the U.S., Europe and Japan and opening doors for more undergraduates across the globe.

The program—which allows talented undergraduates the chance to conduct hands-on research under leading academic scientists for 8-10 weeks of the summer—cultivates the next generation of scientists by providing professional development and networking opportunities unparalleled by most other summer research programs.

More than half of this year’s Scholars are on track to graduate in 2017, and 78% of them envision pursuing a PhD. The vast majority of former Scholars who have graduated are earning an advanced degree or embarking on a career in science.

Chemistry and biology are among the most common majors among 2016 Amgen Scholars. More on the U.S., Japan, and Europe Scholars: