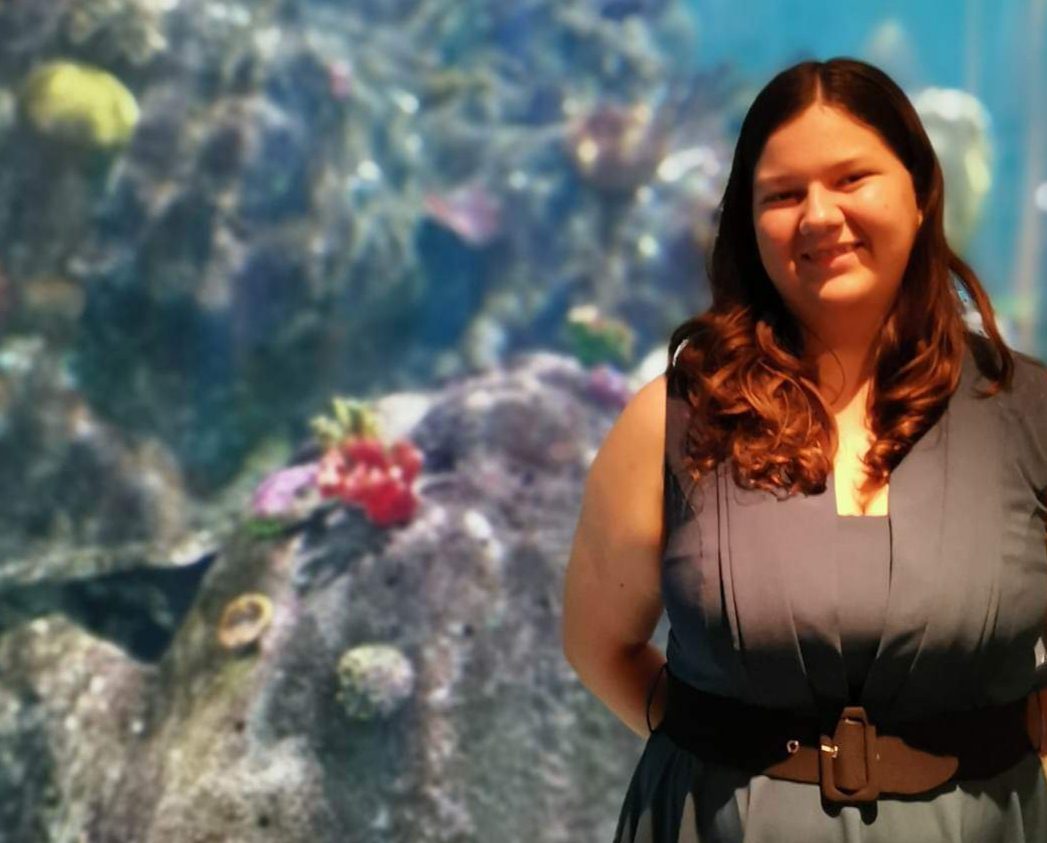 Sidney Ruthven spends a lot of time thinking about names. A name carries with it a history, a story, a place. For scientists, a name allows a species to be studied and understood far from where it was discovered.

“It’s so important to name things correctly and to recognize original names. Different organisms go by different names in different places but nomenclature dictates that we recognize the original names,” Ruthven explains. “We name organisms usually with Greek or Latin or a mixture thereof, which is boring but mostly overused.”

At least for the native fungi Ruthven spent her Amgen Scholars summer research identifying and studying, she would like to see the organisms take on culturally significant, traditional Aboriginal names. “Indigenous Australia has 60,000 years of knowledge, the longest sustained continued culture in the world,” says Ruthven who herself is Aboriginal. “We know the fungi are Australian; we found them here, so it would be amazing to give them traditional names.”

Unfortunately, the global COVID-19 pandemic hit before Ruthven could make progress in working with researchers at the University of Melbourne to name the new fungus species but it remains a future aspiration. As part of the first ever cohort of Amgen Scholars in Australia, her Amgen Scholars experience ended in March 2020, right around the time the outbreak began.

For the past 9 months, Ruthven focused instead on her studies, completing her degree in genetics and making her likely the first Indigenous Australian to get a degree in genetics in the country. She is back in her hometown in Queensland now, after waiting out a quarantine to cross the border, and is excited for her scientific future. For the next year, Ruthven’s focus is a master’s program in genomics and public health, which will prepare her for a path in genetics counseling, a still-burgeoning field in Australia.

Although genetic diseases are prevalent in Aboriginal communities, Ruthven says that the concept of genetic counseling is still very new, and there is not yet an ingenious geneticist on the Indigenous genetics board in Australia. She is hoping to bring her scientific knowledge back to her community, noting from a video she saw, that “genomics are like stories from our ancestors that our DNA tells us.”

“Genetic counseling is now everything for me, It’s a way of bridging science and people.”

In general, science communications is a passion for Ruthven. “While science is amazing and we need it, it’s only worthwhile if we can communicate and share it,” she says.

A key part of her Amgen Scholars experience was honing her communications skills through a poster presentation. Ruthven found that the most challenging part was deciding what to include in the poster, as there was so much she was eager to share about the fungi she studied. “Fungi are amazing,” she says, “with many important connections to medicine and health,” A helpful aspect of the program was a guest speaker who did a workshop on a 3-minute thesis.

Ruthven enjoyed her research experience, helping new fungi grow in different conditions in the lab, but realized through the Amgen Scholars Program that she wanted to pursue work outside the lab. “Genetic counseling is now everything for me,” she says. “It’s a way of bridging science and people.”

Ruthven is grateful to the Amgen Scholars program for opening her to new career paths and new ways of thinking about and communicating about science. She hopes to be able to reunite in person sometime soon with her cohort, once it is safe, but says that they frequently chat online.

When asked what she would name one the newly discovered fungi if she could, she mentioned a mountain not far from Melbourne named Baw Baw. It means “echo,” she says, and she thought it would be a fitting name for one of the more challenging fungi they dealt with. “That one fungi that didn’t work well for us echoed throughout our entire work.”