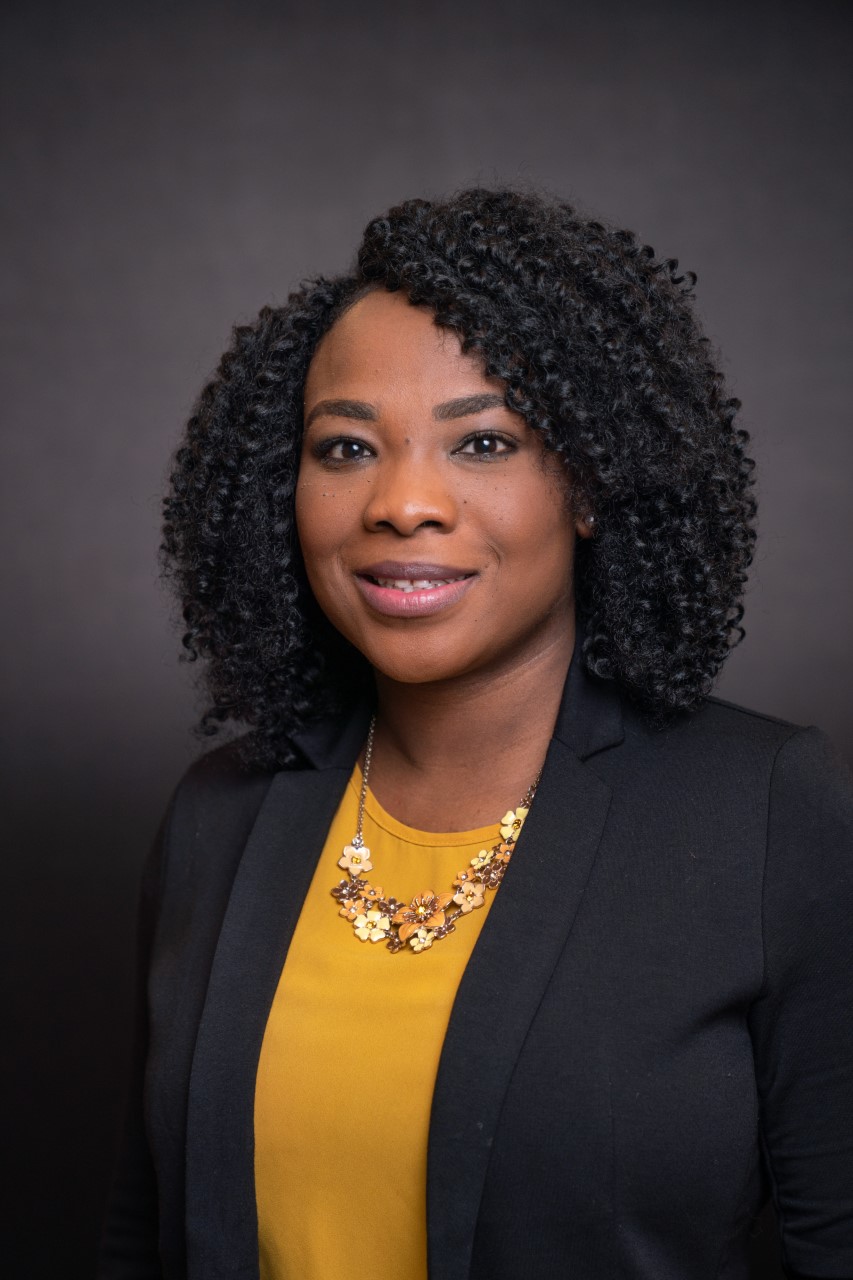 Organic chemistry: Two words feared by many were embraced by Janet Antwi early in her undergraduate years. In organic chemistry, Antwi found a passion. “This was the type of chemistry I absolutely enjoyed,” she says. “I understood the reactivity of compounds, what makes two compounds want to come together.”

Now a professor at Ohio Dominican University, Antwi teaches organic chemistry and other chemistry courses to about 100 students every year. Her time is split between teaching and lab work, where she trains and conducts research with undergraduate students on a neglected tropical disease. For Antwi, a 2010 Amgen Scholar, her work is all about giving back — both by teaching and mentoring young people in science and by contributing to research in drug discovery that will help bring medicine to those most in need.

“Chemistry allows me to solve biological problems,” Antwi explains. “Growing up in Ghana, I always wanted to do something to give back. People there die from diseases that can be treated, but the medicine is too expensive to be readily available. “I want to help solve that problem, which is why my research focuses on neglected tropical diseases.”

Antwi moved from Ghana to the Bronx in New York City as a teenager. There, she attended Collegiate Institute for Math and Science High School, where she was “blessed with some really talented teachers” and first found her love of chemistry. “That was it for me,” she says. “I loved the labs; it was exciting to see chemicals mixing, forming color changes, all so fascinating to me.”

“Growing up in Ghana, I always wanted to do something to give back. People there die from diseases that can be treated, but the medicine is too expensive to be readily available. I want to help solve that problem.”

She then went on to study chemistry at SUNY Binghamton University. And after discovering organic chemistry, she began doing lab work. Her junior year, she applied and got accepted to the Amgen Scholars Program at the University of California, San Diego (UCSD), driven by a desire to get more diverse lab experiences in preparation for graduate school.

Amgen Scholars helped Antwi both to validate her chemistry path and to boost her skills and confidence across a number of areas. In preparing to present her research at the end of the summer, for example, she realized she had never presented anything in front of a crowd. “I realized I could do it, though,” she says. “I had a hypothesis and results and could then defend it.”

Through Amgen Scholars, Antwi also met people across different fields who positively influenced her path. Prior to that experience, she did not have any family or friends on a Ph.D. path. After that summer, she had a cohort and no longer felt alone on her journey, she says.

Along with her duties teaching chemistry and her research, Antwi is essentially a full-time mentor. At Ohio Dominican, a small liberal arts school, she aims to form lasting relationships with her students that extend past their graduation. One of her greatest joys is receiving screenshots of acceptance letters and other career successes from her former students.

The only Black female science professor at her school, Antwi says that efforts are increasing to bring more diversity into STEM. While recruitment is important, she says it’s also important to give students the support and resources they need to succeed, which includes giving them lab experiences and helping them develop career paths, above and beyond traditional coursework. Her work includes helping to recruit people from underrepresented minorities into STEM and then working to help keep them in the sciences.

In the lab, Antwi and her students are working to identify potential new treatments for Leishmaniasis, a parasitic disease that kills thousands of people every year in developing regions across Africa, Asia and South America. Antwi says that current treatments are limited, as the parasites have developed a resistance to many drugs. “We need to discover new agents, using novel ways to design and synthesize drugs,” she says.

When the lab shut down for months last year due to the COVID-19 pandemic, Antwi says that it was disappointing for her students. While they were able to do literature reviews and analyze data that they themselves did not collect, they missed the hands-on experience.

Even without pandemic roadblocks, Antwi says that one of the toughest aspects of lab work for her students is being patient. “Drug discovery takes time,” she says. “This is such a hard project but the beauty of academia is that everyone’s contributions build upon each other, and eventually we’ll reach a finish line.”