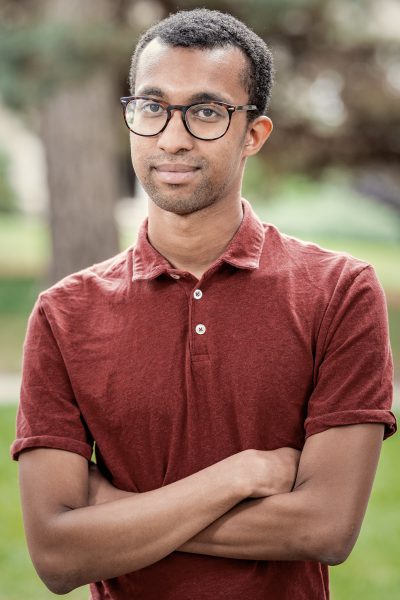 Ask Ivan Simpson-Kent who his early idols were and he would give a surprising response: criminals. This is despite growing up in a dangerous neighborhood in West Philadelphia, where he lived across from drug dealers, often heard gunshots at night, and nearly daily stories of people, mostly youth, getting murdered. “I perceived these criminals as invincible outlaws going against the limits society had placed upon them,” he says.

Since then, he has a new set of idols, neuroscientist mentors with whom he works as he pursues his Ph.D. at the University of Cambridge, specializing in developmental cognitive neuroscience. It’s been a major life turn for Simpson-Kent, who shared his story recently as an alumni mentor at the Amgen Scholars Europe symposium in Cambridge, England.

Simpson-Kent first became interested in studying the human brain in a psychology course during his last year of high school. “My teacher made something as complex as human behavior and the brain seem understandable and exciting,” he explains. “I began to see a future for myself in science, particularly psychology and neuroscience.”

Simpson-Kent went on to the University of Scranton where he took his fascination with behavior to the insect world, studying entomology, specifically ant behavior. He returned to human behavior after participating in the Amgen Scholars Program at the Massachusetts Institute of Technology in 2015.

Toward the end of his time at MIT, he had a meeting with world-renowned neuroscientist Rebecca Saxe and discussed his scientific future. “It was during that conversation that I realized my calling as a neuroscientist as opposed to being an entomologist,” he recalls. “The Amgen Scholars experience inspired me to attempt to tackle my passion to understand the brain I’d had since high school.”

A former Fulbright Research Fellow, Simpson-Kent is now a 2nd year Ph.D. candidate in Biological Science at the Medical Research Council Cognition and Brain Sciences Unit at the University of Cambridge. His dissertation topic is the neuroscience of cognitive development, particularly aspects of intelligence. “So, I spend most of my time analyzing behavioral and neural data using various statistical modeling approaches,” he explains. He hopes to use his Ph.D. to work  in industry on neuromorphic artificial intelligence — cognitive models based and inspired by results from neuroscience research.

Simpson-Kent participated in an alumni round table at the Europe symposium in September, not only sharing his journey to becoming a scientist but also sharing advice with this year’s Amgen Scholars. A key message he had was: be yourself. “I know that’s cliché but I believe this is the most important thing to remember for a successful future in any field or line of work. Without the freedom of expression, you’ll always feel incomplete,” he says.

Although he started his research path in the United States and is now in the United Kingdom, Simpson-Kent says he doesn’t think it matters where in the world a scientist conducts research. “What’s more important are the type of research you do and the community within which you do such work,” he says to peers. “ You must do research on topics that you have a passion for. Without that you’re doomed to fail and/or produce subpar science, which is basically the same as failing in my opinion.”