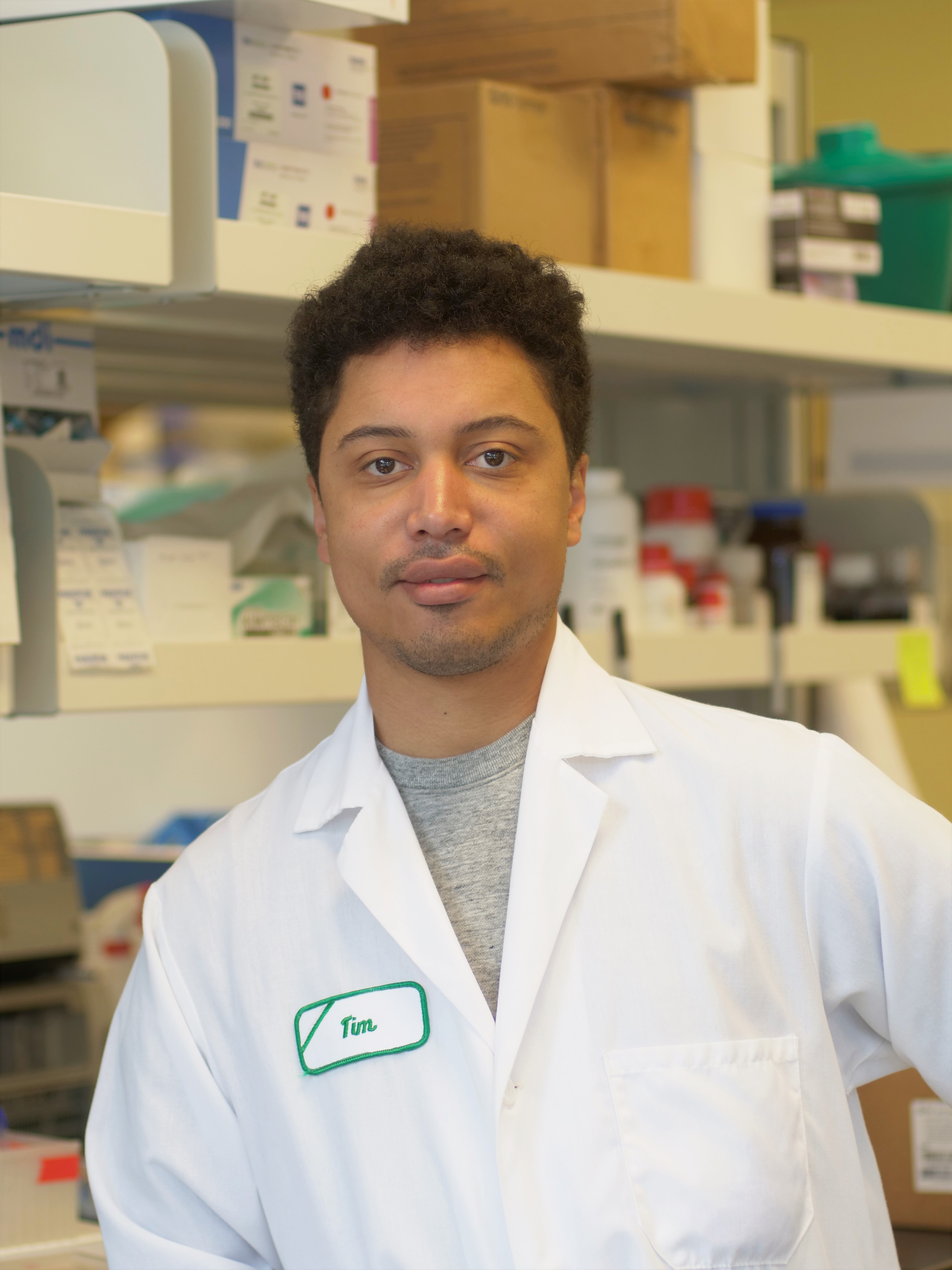 In second grade, when asked what he wanted to be when he grew up, Timothy Day said: “a chemist who would try to cure cancer.” He wasn’t too far off the mark. Two decades later, with biochemistry, microbiology, and neuroscience degrees in hand, Amgen Scholar alumnus Day has started his own company to to develop gene therapies for intestinal and systemic diseases.

But what his 7-year-old-self did not realize is that the path to get to where he is now would not involve medical school but rather a research path. “Like many young people interested in medicine, I thought that I would become a doctor but after multiple summers volunteering in hospitals and then spending time working in a research lab, including with Amgen Scholars, I came to realize that I was better suited for and had a stronger interest in research.”

A co-founder of DNAlite Therapeutics, Day had early exposure to research on gene therapies — applied to inherited eye diseases — as an Amgen Scholar at the University of California, Berkeley in 2010. He had been studying biochemistry and microbiology at the University of Kansas, and the Amgen Scholars program was one the first times he lived outside of Kansas. “It helped to teach me to be open to new experiences, the importance of making strong contacts in your field, and it gave me confidence that I could be competitive in science at a high level.”

After finishing his undergraduate degree at the University of Kansas, Day returned to UC Berkeley, getting a Ph.D. in neuroscience. Following on the heels of his Amgen Scholars work, his thesis focused on engineering gene delivery vehicles for the eye.

At Berkeley, he met Mubhij Ahmad, who an idea for treating a specific gastrointestinal disease using gene therapy. The two decided to found DNAlite to optimize the delivery of genes to the gastrointestinal tract. “Our goal is to develop the first oral gene therapy and provide patients who currently have very few treatment options with a new therapeutic that will increase their quality of life,” Day says.

One of the biggest changes between running a company and working on a Ph.D., Day says, is the pace of work. “When doing my Ph.D., I was one person working on multiple projects, so things moved much slower than with the company where we are many people working on one very focused project,” he explains. “Speed and flexibility are the greatest advantages a startup has so we try very hard to leverage that advantage.”

One of the biggest challenges in founding a company has been learning how to deal with and integrate rejection, Day says. “At the beginning of the company we heard ‘No’ a lot,” he recalls. “But the important thing is to dig deeper with the person telling you ‘No’ on why they think that way and using that as a way to refine and improve your ideas and approach.”

In general, Day loves the collaboration that comes with working in the biotech industry. “It really does take a village bring new treatments to patients and it has been very rewarding and educational for me work with the many people that are contributing to the development of new medicines,” he says.

The biggest insight he has to share with fellow Amgen Scholars, he says, is not to be afraid to ask for help. “There are many experts and experienced individuals in biotech that are willing to help young entrepreneurs and the more you engage with them the better things will be,” he says.

Indeed, Day recalls that when first starting the company, his team needed to collect some data but didn’t have the money or the equipment necessary. “So we called a CRO [contract research organization] and asked if they could help us do the experiment at a very very low cost,” he says. “They took pity on us because they were Cal alumni and entrepreneurs themselves and allowed us to do the experiment in their lab for very little money and it allowed us to get enough data to convince an accelerator program to add us to their cohort.”

Day keeps in close contact with other Amgen Scholars, including his roommate from that summer, who is now at medical school at the University of Pennsylvania and has helped put him in touch with doctors before to discuss DNAlite’s clinical approach. “Amgen Scholars was a great experience that gave me a great network of scientists that I continue to rely on today.”