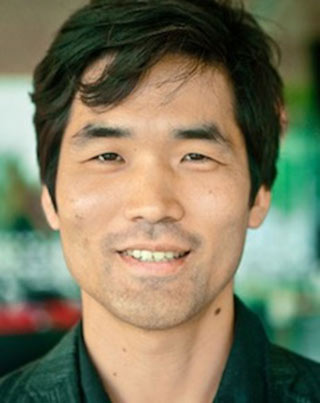 This past summer, Amgen Scholars at the Massachusetts Institute of Technology (MIT) met Sebastian Seung, MIT computational neuroscientist and author of Connectome: How the Brain's Wiring Makes Us Who We Are.

Seung’s work aims to test the idea that the extensive pattern of connections between our billions of neurons — collectively called ‘the connectome’— is where experiences and memories are stored and what makes people unique. Understanding disruptions to the connectome may help reveal the pathology underlying mental disorders such as schizophrenia and autism.

The field of connectomics, which builds detailed anatomical maps of these neural networks, has expanded rapidly in the past few years with advancements in high-resolution microscopy and automated image analysis. Seung’s group has been instrumental to the field by creating new methods to mine the massive amounts of data and involving everyday non-scientists in the field.

In the free computer game EyeWire, for example, developed by Seung and a team made up of mostly undergraduates, users help draw three-dimensional shapes of retinal neurons from two-dimensional pictures generated in the lab of Winfried Denk. Because artificial intelligence is not quite sufficient, crowdsourcing is necessary: EyeWire will help scientists identify and study the individual connections between the mapped neurons.

The Amgen Scholars were impressed by the success of EyeWire and Seung’s ability to get the general public interested and involved in neuroscience — as well as the importance of the project itself. “I was amazed by Dr. Sebastian Seung's lecture about neuronal networks,” says Amgen Scholar Paras Minhas, from the University of Pittsburgh in Pennsylvania.

Mapping the connectome is a crucial next step in the field of neuroscience, says Amgen Scholar Daniel Ramos, from the University of Pennsylvania in Philadelphia. “This is a daunting and perhaps impossible task, but without undertaking it, we may never gain a complete understanding of the human brain and thus, how to fix it when it goes awry,” he adds.

Seung’s talk is one example of an extra benefit of being an Amgen Scholar: the regular seminars that host programs arrange, and the opportunity they give students to ask professional scientists for career advice in small lecture settings.

“When Sebastian Seung spoke about switching fields in his career, it reminded me of my journey in college, switching from art to science,” says Amgen Scholar Victoria Servin, from the University of California, Berkeley. “Like he mentioned in his talk, we have to make science fun and the best way to do that is to connect it with something that sparks excitement in another part of us.”