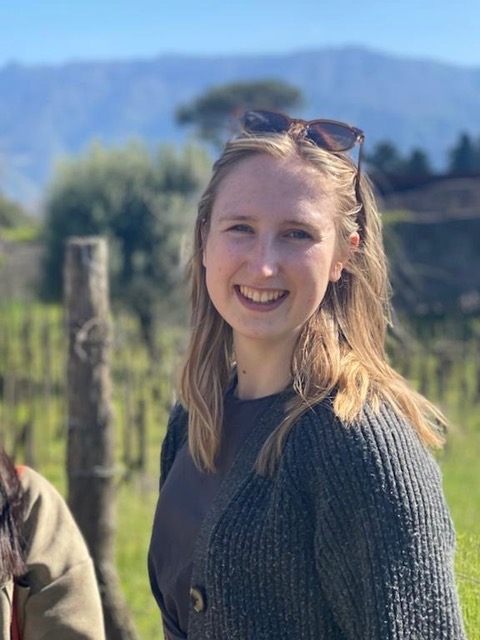 For most people, the first thing that comes to mind when thinking about the field of law is rarely  “science.” Yet, science is routinely applied to the practice of law when it comes to patents, making patent law a potential career path for those who receive technical training but who decide the bench is not the right fit for them.

“Patent law is an absolute classic for people who really love science, but who have tried the lab and realized that it’s possibly not where their skill set lies,” says Josephine “Josie” Pepper, an Amgen Scholar alumna (ETH-Zürich, 2017) and trainee patent attorney in London. “So many of us in patent law have a similar story.”

Ultimately, patents are technical documents that require a technical background to explain the underlying science. “You have to be able to see what is clever and new about the science to argue about why the patent should be granted essentially,” Pepper explains. “So you definitely need to draw on science experience, not just scientific theory but also understanding how a lab works and practical challenges, to breathe life into those arguments.”

Pepper’s scientific journey began as a child in Leeds, England. She remembers always asking questions and approaching the world with curiosity. And she would read a lot, noting her interests as she went along. In reading an article in “New Scientist,” she recalls, she learned for the first time about the field of biochemistry. She took those interests with her to the University of Oxford where she would get a master’s degree in biochemistry.

Going to ETH-Zürich for Amgen Scholars between her second and third years at Oxford would be the first time leaving the United Kingdom independently for an extended period of time. “Being able to live somewhere and experience a different university was a complete insight in itself,” she says. “It was such a good opportunity to be able to live in a different culture.”

While Pepper enjoyed her lab experience, she most values her Amgen Scholars summer for showing her a broader perspective of biotechnology. “Some of the bits I enjoyed most were the bits that were supplementary to being in the lab like visiting the Amgen manufacturing unit and workshops and other aspects that showed me the wider scheme of commercialization,” she recalls.  “That was where I started to think ‘Where can I go with science that isn’t necessarily just being a researcher in a lab?’”

Although she conducted more lab work upon returning to Oxford, Pepper quickly realized she wanted a job outside the lab. “I realized that I really loved the theory. I really love talking about science, but pipetting,not so much.”

As she explored other career paths, patent law quickly rose to the top. She was excited by the idea of working with scientists at the forefront of innovation while being able to contribute her unique skill set.

In her current job, Pepper enjoys seeing the early stage development of new ideas in biotechnology. “Research through development to commercialization of a new therapeutic is a long process, and a good patent needs to be able to travel with the developing company right through it,” she says. “Ultimately, what’s so exciting about the work is seeing the research in its very early stages, and then seeing the companies that you’re working with go from tiny startups to hopefully successful enterprises.” Indeed, the “best bit” of her daily work, she says, is taking calls with the inventors of an innovation, seeing their passion, and knowing she might be able to help them on their journey.

Pepper advises current Scholars to talk to as many people as possible, both to make connections and friends, and to learn about new areas for career development. “You never know where a simple conversation could take you.”